We got out of Kathmandu City on the fastest jeep ride ever. It took us only 4h to the starting point of the classic Annapurna Circuit, Besisahar. We started our documentation work straight away.

When we arrived here last year it was dark and rainy, but we could see huge floodlights on a constructionside. The next morning the locals told us about the Chinese hydro power project, and during the day we could immediately see the impact of this project, as new dirt roads, tunnels and dam infrastructure were being created. We wanted to find out more about it. 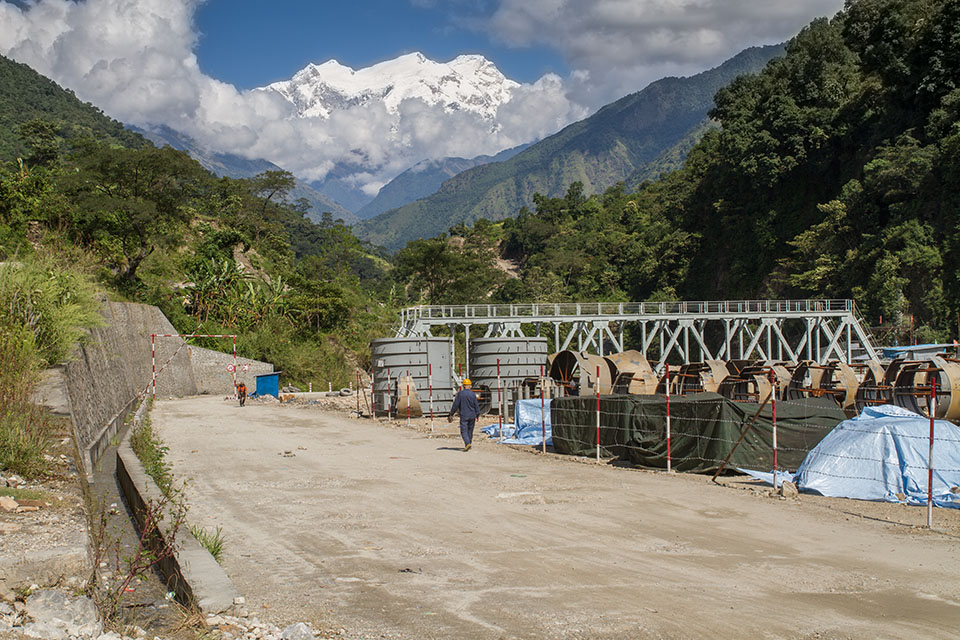 Especially Hannes was shocked, as he had just written some chapters for his Ph.D. thesis about the Marsyandi Valley’s old trading routes. He compared pictures he had taken only a few years before, and realised that some of the routes, campsites, agriculture and even complete parts of villages had already disappeared. This change needed to be observed and documented! This is exactly why we decided to come back in 2014.

Now here we are again, and we can’t believe what has happened in just one year. The power plant project has made huge progess and industrial concrete buildings have popped up, while others are still under construction. The village people are extremly unhappy with the development. They told us that after the construction work is finished they will not benefit from the electricity that is produced here. Furthermore their main source of income has disappeared as the number of tourists has already decreased by 80%, which has forced many lodge and shop owners to think about closing their businesses. The tourists nowadays either drive straight to the new end of the road and pass by the noisy construction areas, or they don’t come to the Annapurna area altogether and head to other areas like Manaslu instead. 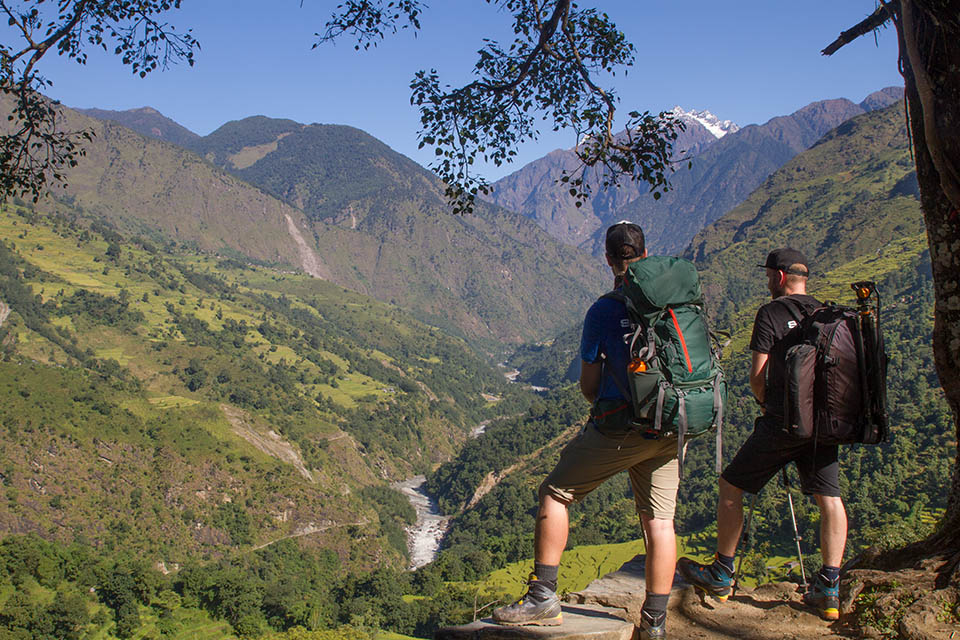 Still, the lower Annapurna region is extremely beautiful. The green rice fields, the mountains with their snow-covered peaks on the horizon and the friendly Hindu people who have welcomed tourists for more then thirty years don’t deserve to be left alone!

After just two days we can already say: Change is happening fast and dramatically. This makes our work even more important.
We look forward to walk on and continue our mission. 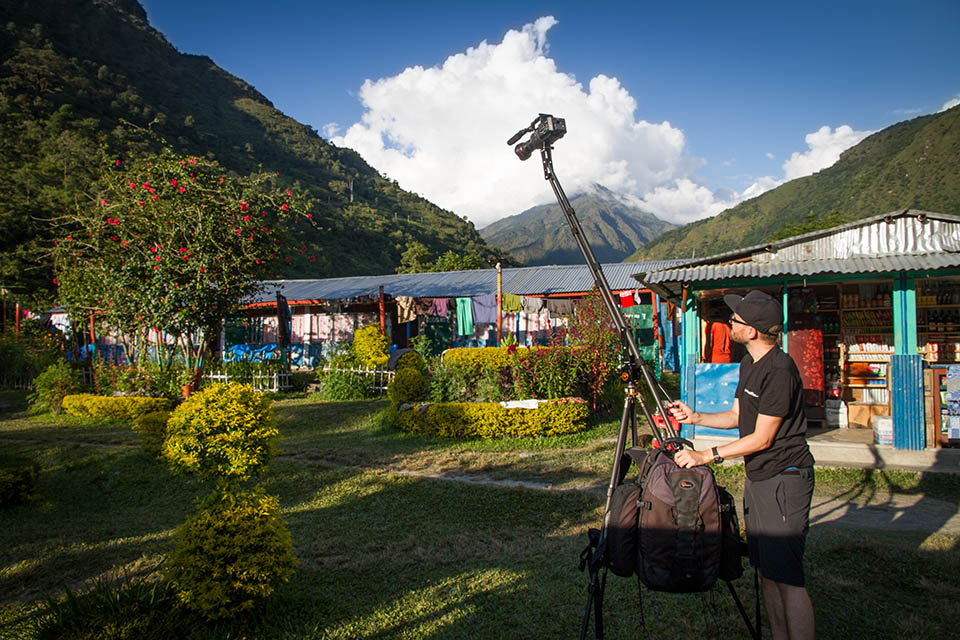 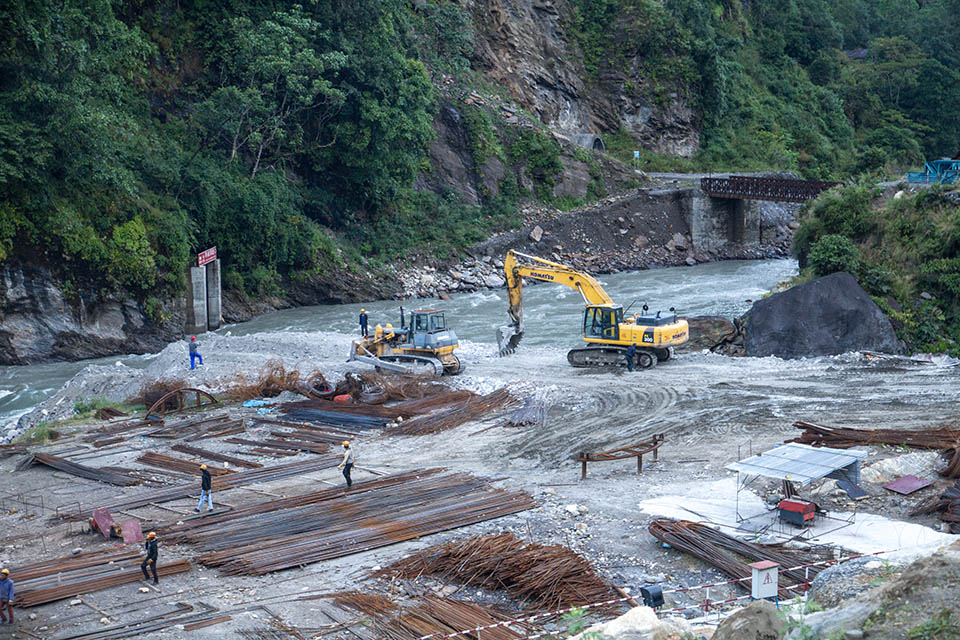 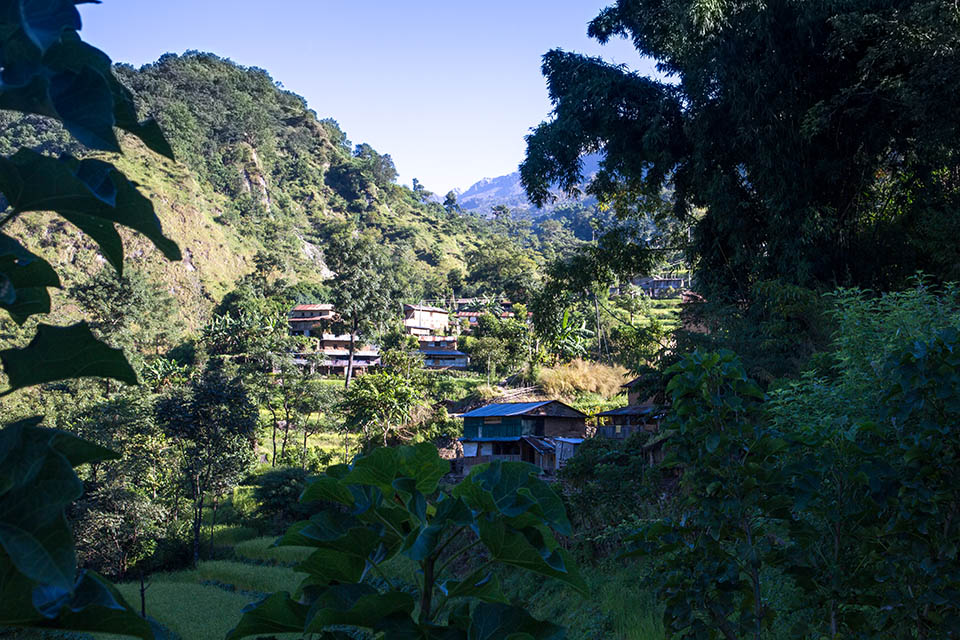