Good news! Thorong La Pass is finally open again. Thanks to the good weather our optimism keeps on paying off. Now we are getting prepared to cross the pass in three days time. Winter has arrived early this year. Even at 3600m the temperature decreases far below zero and the air already smells like winter. We equipped our porters with additional gear yesterday: warm socks, gloves, sun glasses…

During the last few  days we had some time for individual work and acclimatisation. Nils went filming and started to cut our first video report, Fritz made his first gigapixel panoramas and explored the Chulu Valley with Hannes. Only a few kilometres off the Annapurna main trail they found themselves completely alone. They discovered trails that are normally only used by blue sheep and yaks. While crossing a wild river Hannes and Fritz rediscovered the spirit of Himalayan exploration.

The day before Hannes attempted climbing a ridge to gain view of an impressive yak pasture stretching between 3800m and 4400m, which is normally in use at this time of the year. Unfortunately the snow-covered northeast slope was too slippery without crampons, forcing him to climb back down from around 4200m. The pasture however was empty, as all yaks had already been led to lower pastures as we found out later.

In the afternoon we got a very long and exciting interview from a lodge owner and farmer of Ngawal (3650m), who told us that his family and the inhabitants of the other high mountain villages have benefited from the road construction. They have less transport expenses and the number of tourists in the higher areas are not decreasing as they have done in the lower parts.

Today we’re staying in Manang and try to acclimatise more, hoping we can go far above 4500m for more filming and climbing. 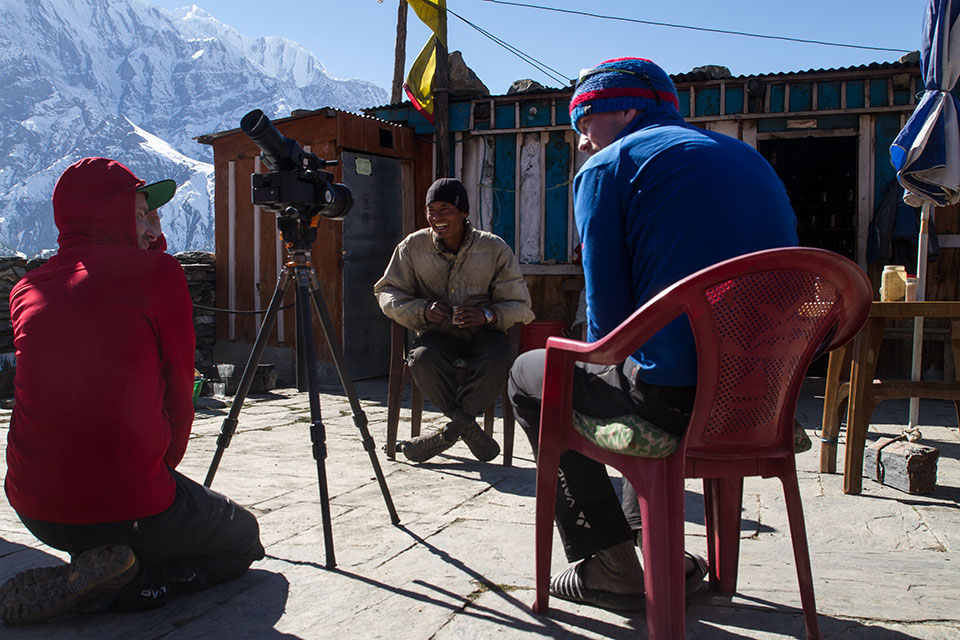 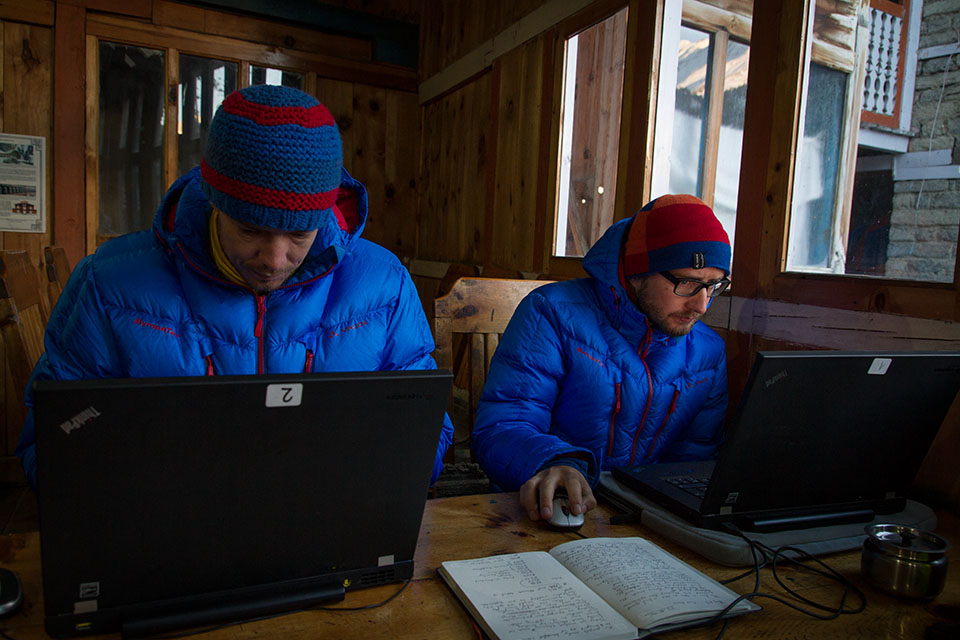 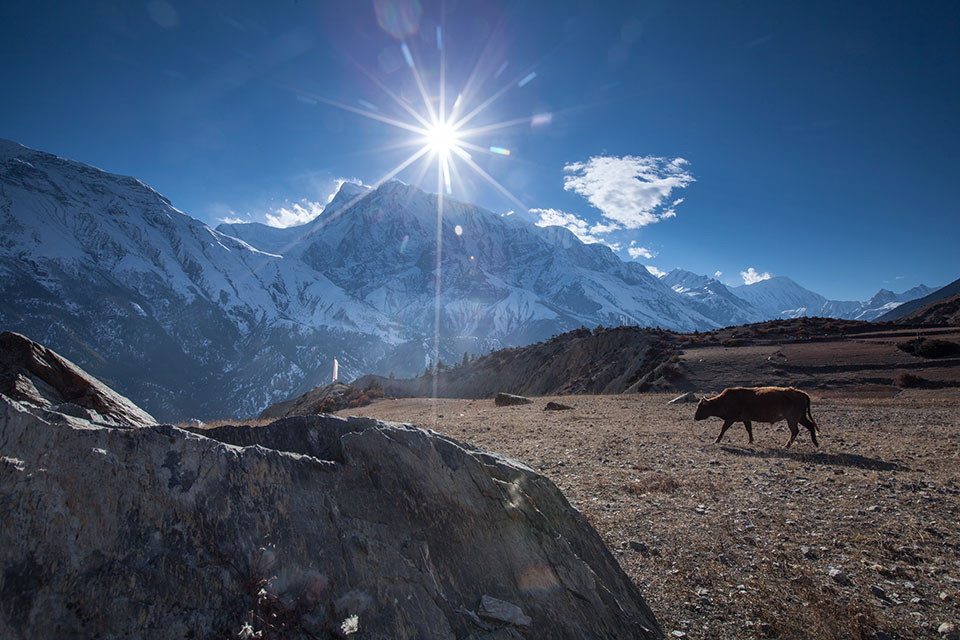