Lars and Hannes returned successfully from their exploration tour towards the virgin peaks above Naguru. They found a camp site and a possible route to the summit of the center peak, which we might gor for on our way back from Seribung. 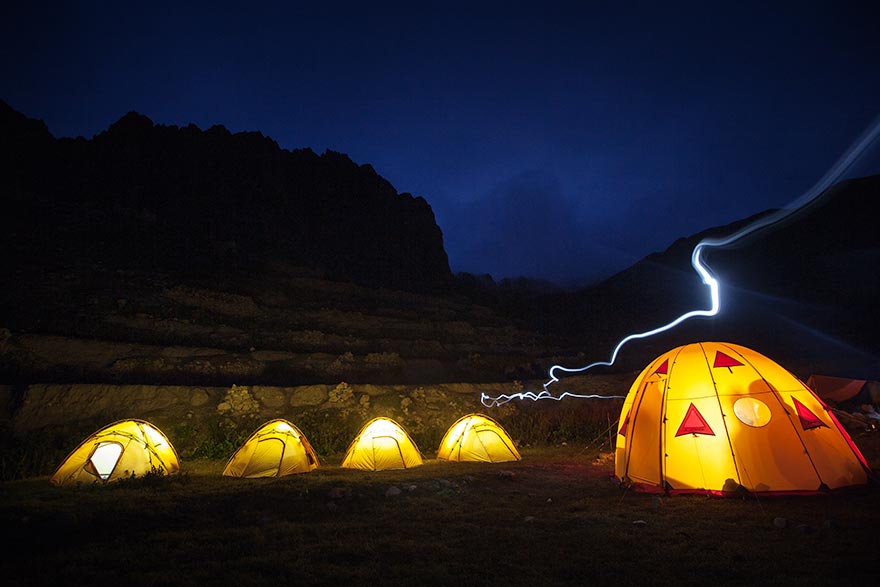 Of course, this can only happen if everybody has enough energy for a second long high altitude ascent.

Comparative observations of the glaciers of the virgin peaks showed that they, unlike the average of the Himalayan glaciers, did not significantly retreat over the last few years (K¸nkel 2007). One reason – that still needs to be proved – could be that the warmer climate transports more moisture which accumulates on these short, high, cold and arid glaciers of the Tibetan border range and decompensates the general temperature-induced shrinking of glaciers.

Far more important for this blog report, though, is that we had to change our route due to heavy summer river levels. The trail, which is usually walkable with donkeys, was swept away. Unfortunately it would cost too much time to stick to our planned route to Seribung with only four porters, so we had to give up that idea and decided to focus on the one goal of a first ascent and GPS-measurements of glacier tongues of the central Naguru virgin peak (6185m). 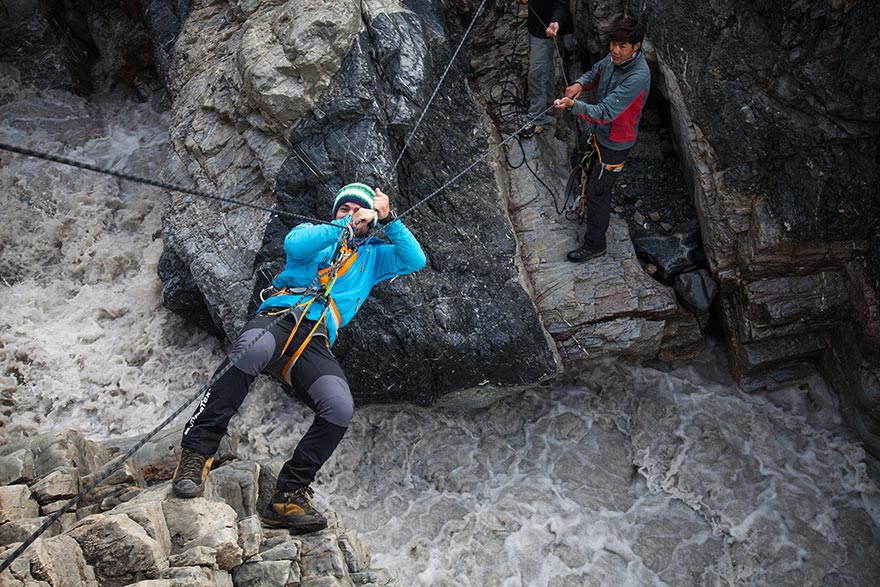 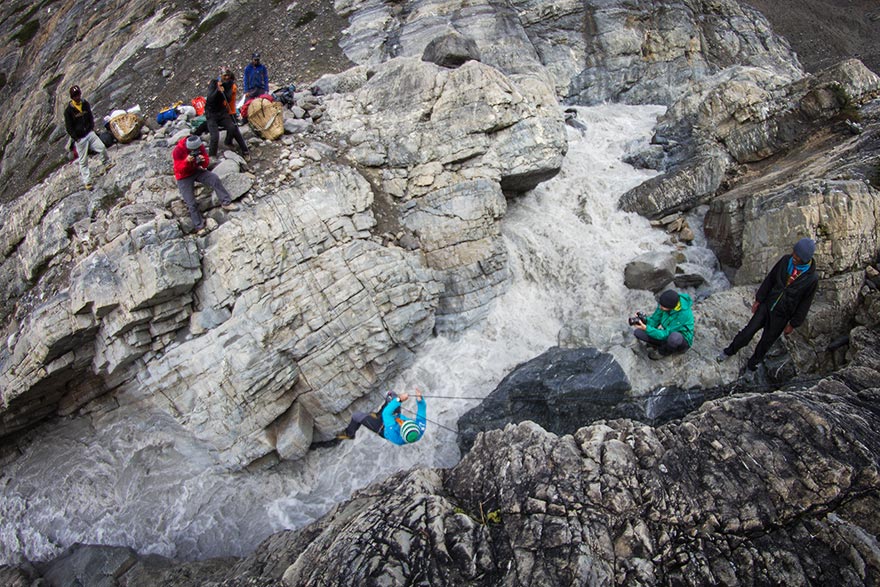 We crossed the river on a rope bridge and established a fantastic base camp at 5065m. From today on we have up to three days to reach the summit. Wish us luck! 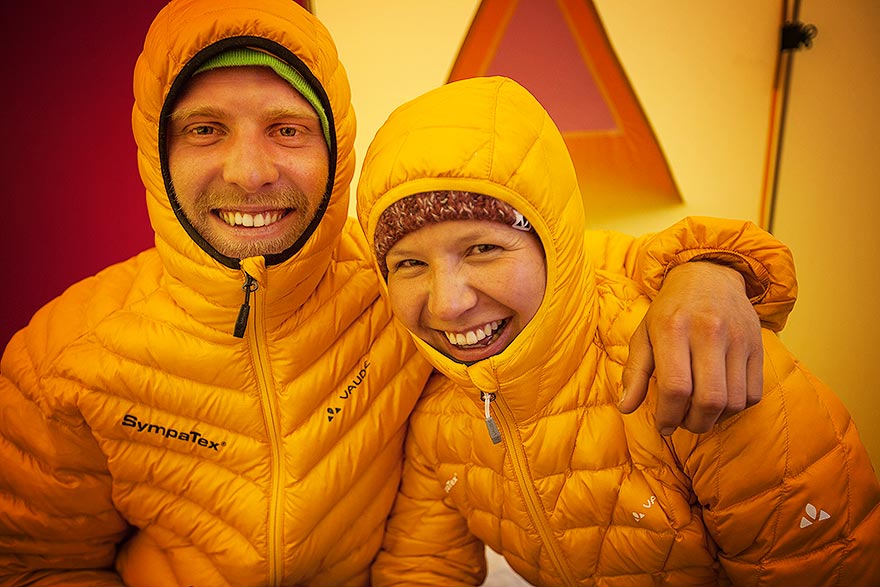 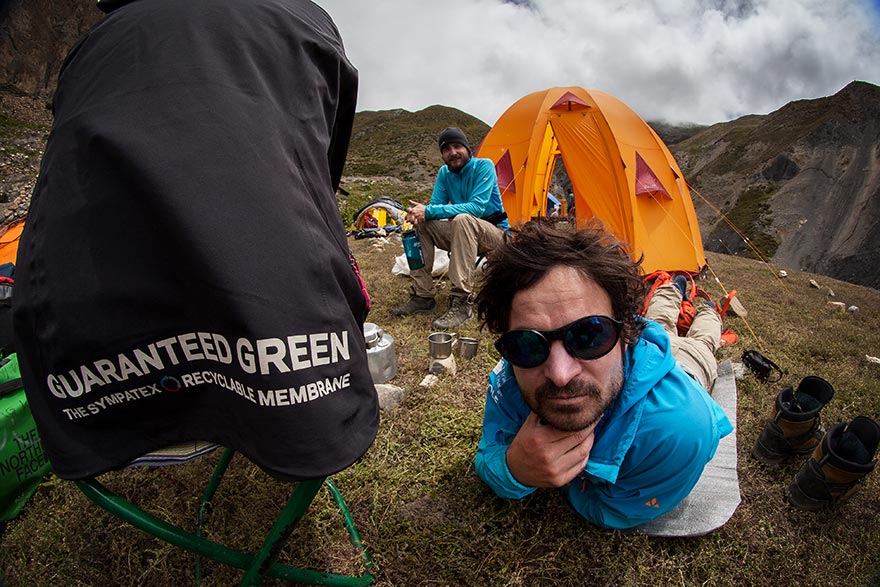