Nils, Lars, Jonas and Hannes started at around 6am to try to reach the westernmost summit of the three Naguru peaks (6018m). Our previously explored route turned out to be a pretty hard ascent, leading through lose debris and old moraines. 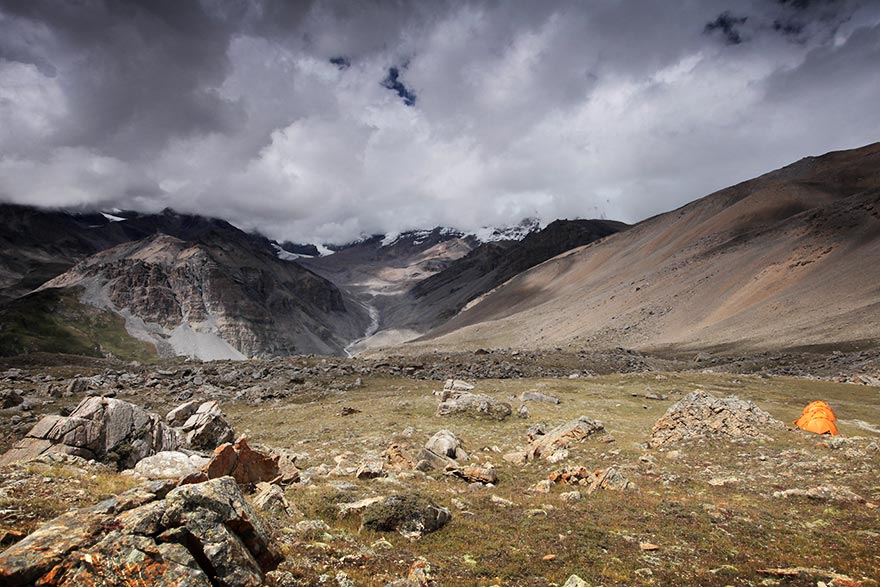 After only four hours we reached the ridge which should have lead us to the summit and spirits were high. Just 300m under the summit, however, we encountered even more difficult rocky terrain. It turned out to be impossible for us to climb this lose and steep rock – so we built a stoneman at 5700m, our highest point today. 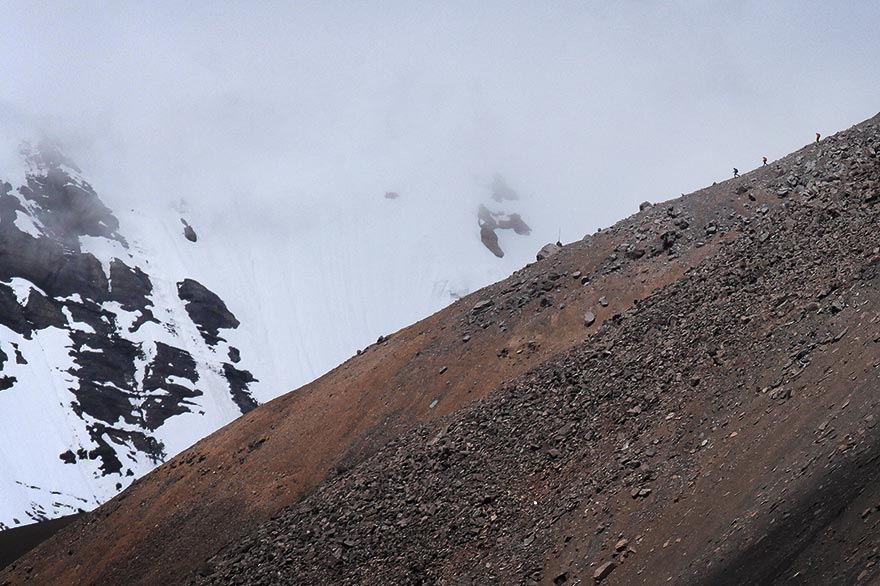 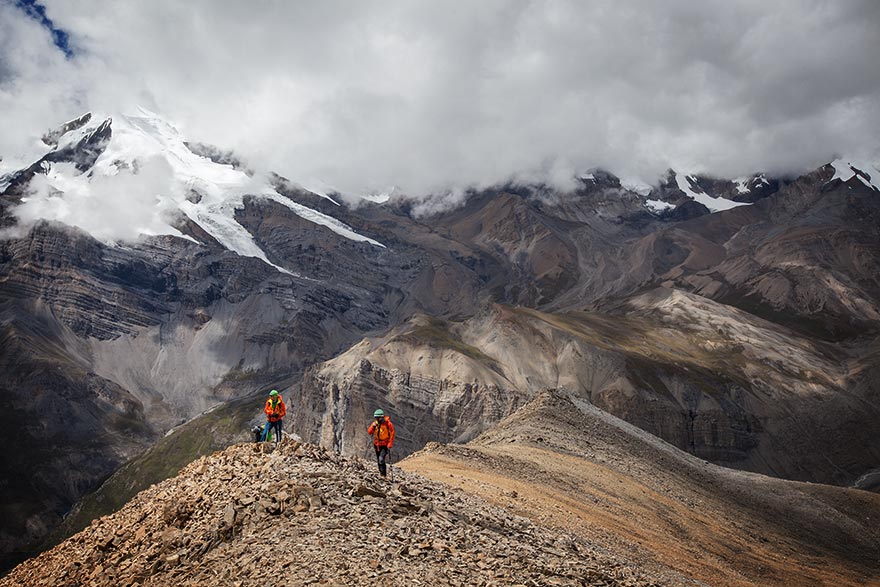 For us these past few days taught us what an incredible hard and exciting work the exploration of an unkown mountain massif can be. We learned a lot about the difficulties concerning debris and explorations in constantly foggy weather. Even if we didn’t succeed, we are still proud to have taken on this challenge! It was a true feeling of pioneer work and we had the chance to take a lot more pictures of the surrounding glaciers.

All in all, the Naguru peaks remain unclimbed. We have drawn our routes in the map below: 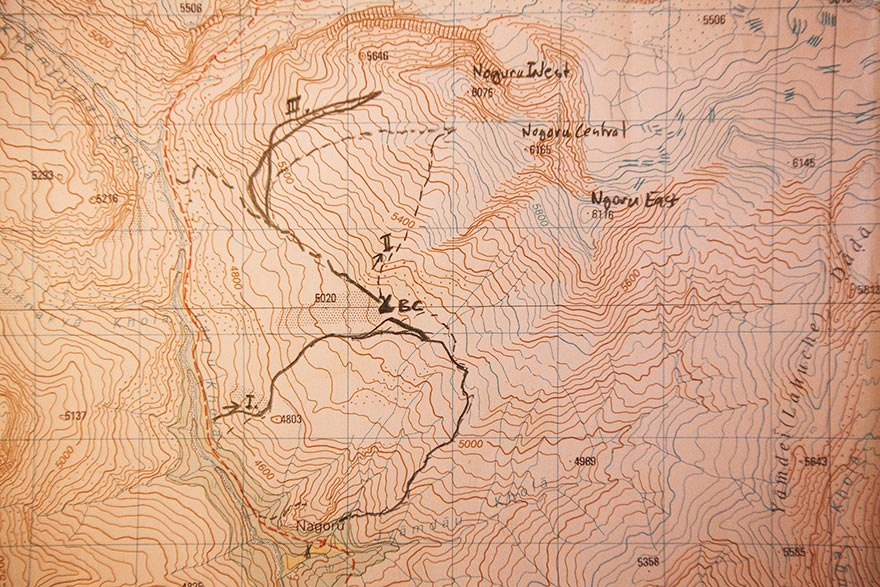 One thought on “Leaving Naguru Peaks…”