Today the last of the four Austrian climbers left base camp for his summit attempt. I (Hannes) joined Georg up to camp I (5800m) and cleaned lower camp I (5600m) completely which means the expedition is already preparing for departure from base camp. I was happy to have a day of trekking and found it nice to get going again after some lazy days at base camp. 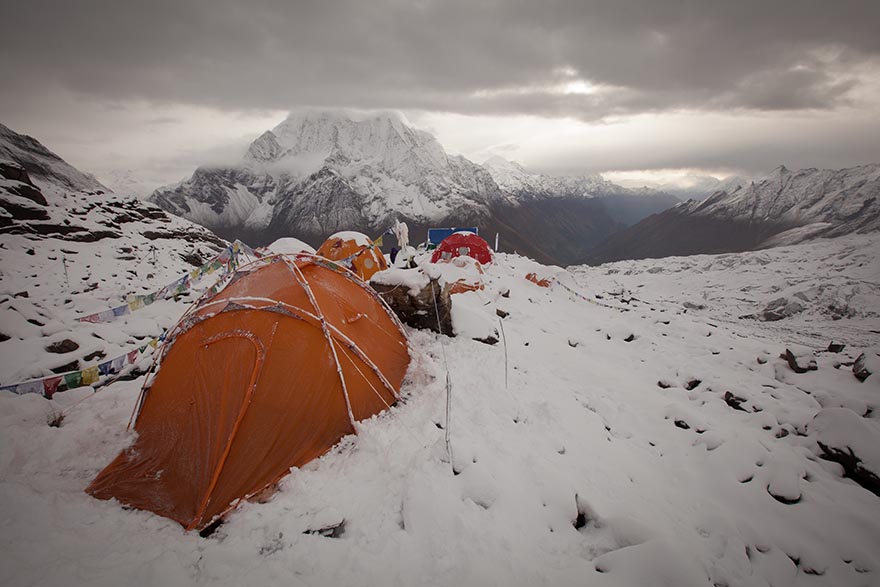 The first part of the way up was pretty easy and we were quite fast. After the lower camp I the sun stroke me really hard and once more I got serious problems ascending to high altitudes. Maybe I’m just not really made for high altitude mountaineering. Anyway, I was able to bring down two tents, two stoves, two ice axes, one sleeping bag, one rope, one gas cartridge, my personal mountaineering gear and lots of funny smelling things left in the tent by the others. 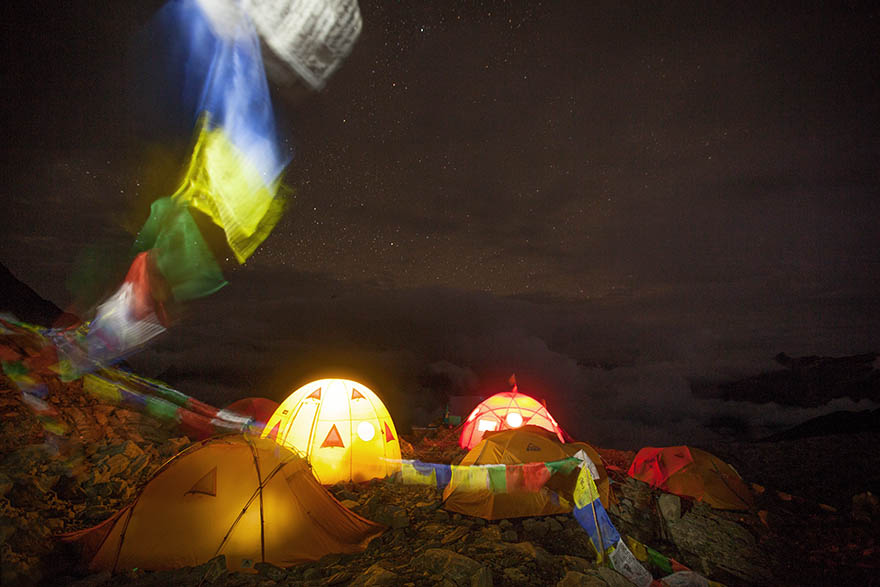 The backpack weighed about 25kg but it felt like a lot more and I slowly start feeling first signs of weakness crawling up my body after almost two months in the Himalayas. I made it back to base camp, though, and I’m now counting the days until we go down.

We have another five days left here in base camp and we all hope that Georg will make it to the summit. We wish him the best of luck! Let’s hope the weather grants a safe ascent. Base camp sees a lot of snow these days, but the higher camps seem to have more luck with the weather which is good for Georg. Keep your fingers crossed! 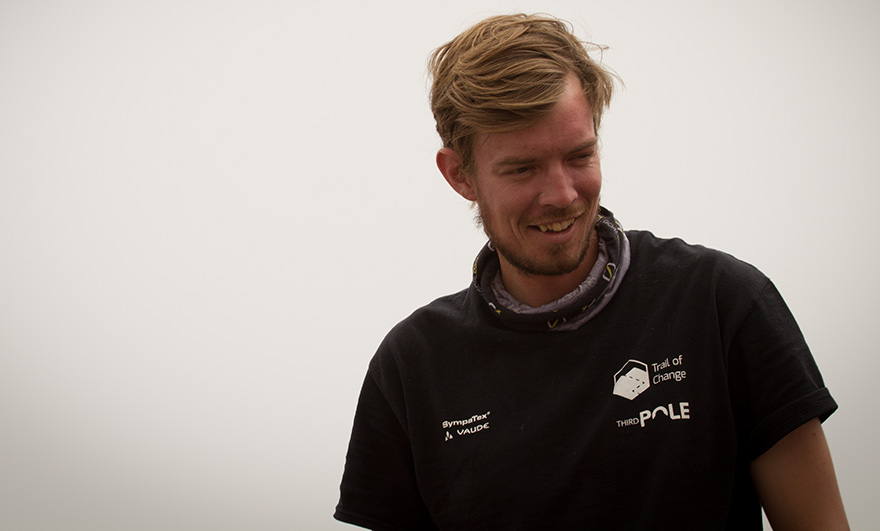 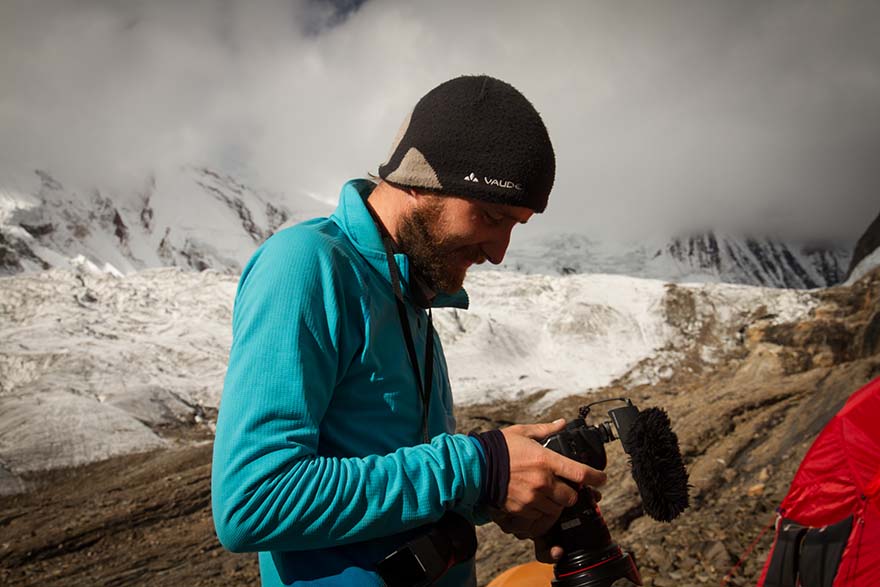 2 thoughts on “Georg going for the summit”