Snow, snow, snow! It just does not stop snowing. This is also the reason for Georg’s return on Wednesday from his summit attempt. He turned around at roughly 7800m. Also there were heavy winds in the summit area which made an attempt impossible.

Although the pictures below may suggest otherwise, down here in base camp we have a lot of fresh snow as well and it still keeps on snowing as I am writing this. It’s been snowing for more than since 24 hours now. 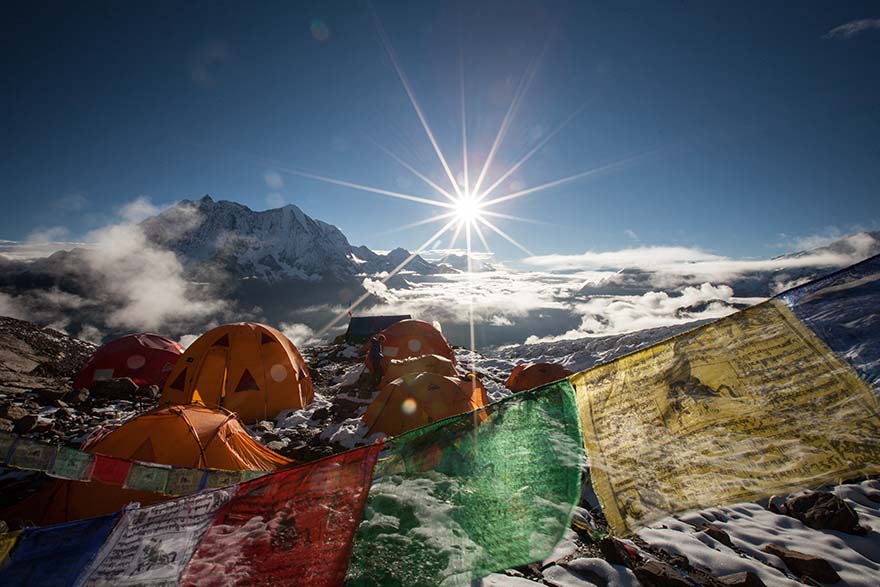 Everybody in base camp is happy that Georg returned back to base camp safely. Many climbers from commercial expeditions are currently still in different high camps which is quite dangerous since some of these camps are prone to avalanches. 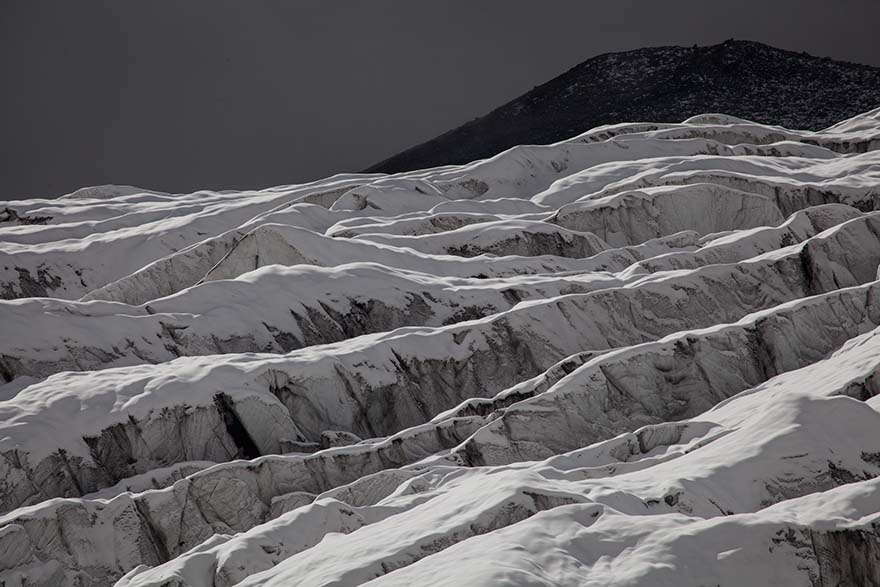 We spent our day yesterday with a little celebration, drinking some beers. All in all the whole expedition is a huge success and everybody managed to return safely. That is the most important thing for us. 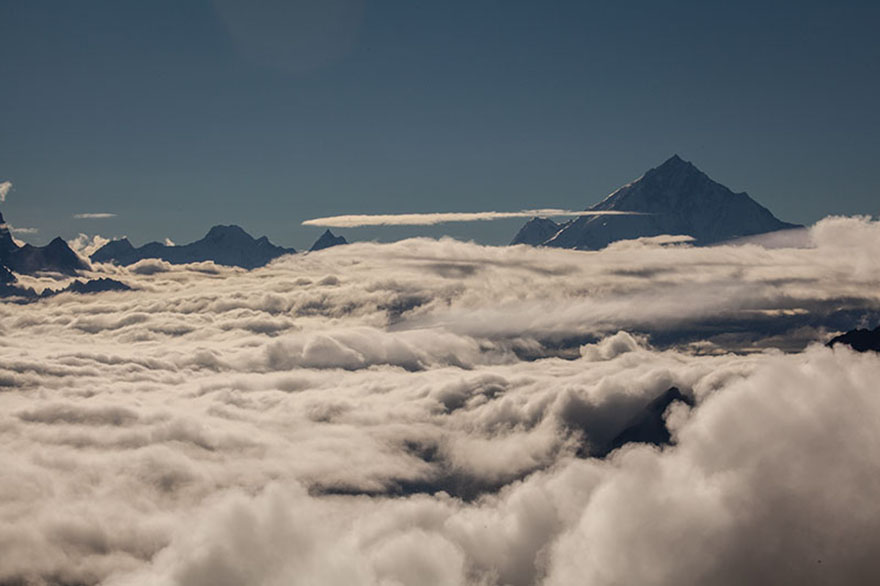 We have another two days left in base camp before we will go down to Samagaon (3500m) and back to Arughat in another four days of trekking. We are looking forward to more oxygen in the air and higher temperatures as well as the comfort of a hot shower. 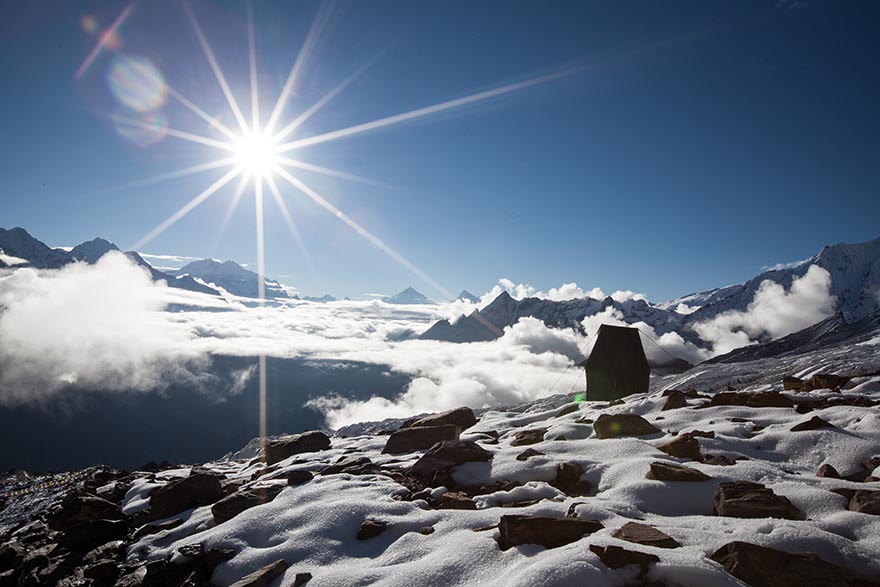