On September 17th I left base camp with a 17kg backpack plus my camera gear. I went up to Camp I alone. The first 200m lead over rocky terrain. After that I had to put my crampons on. The route over the flat glacier tongue is almost completely fixed with a rope, but I did not use it at any time.I was happy walking on my own in a good pace. Most of the other climbers I saw were only carrying daypacks, going in a group or were accompanied by a Sherpa. 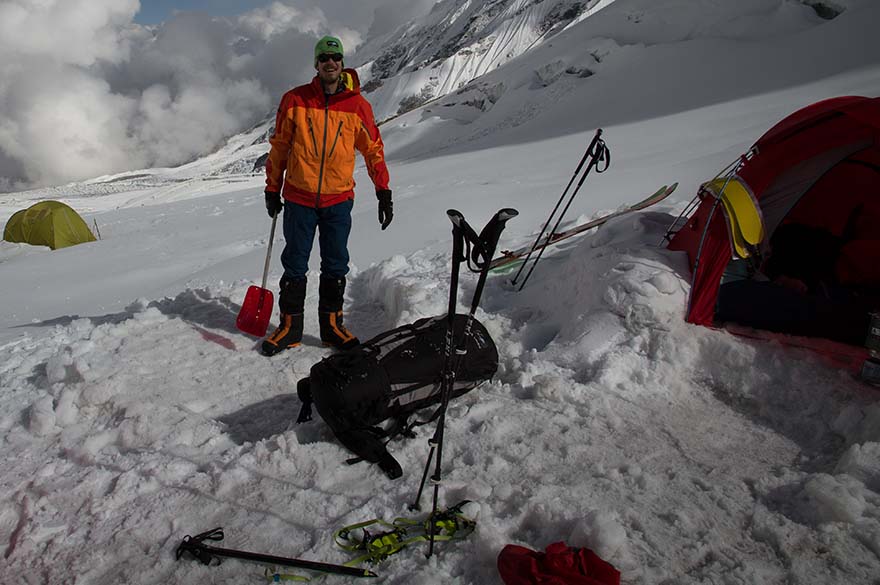 At around 2pm I reached Camp I (5615m) on the glacier where I met Hannes G. from CLEARSKIES. I had to build a platform for my tent in the snow. After that I directly started to melt snow for my dry food and tea, before going to bed early since the sun went down behind a ridge and it went bitterly cold within minutes. We enjoyed a fantastic view over the Buri Gandaki valley and could even see up to Larke and Peri Himal. 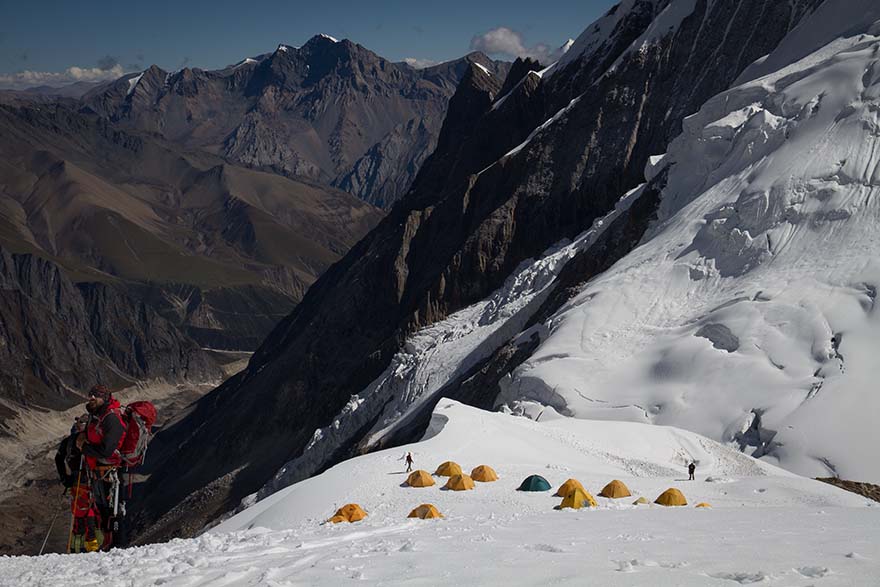 Hannes G., Markus, Sepp, Georg and me were the only ones in the lower but safe Camp I (there is another Camp I 100m higher preferred by most of the other climbers, which is more prone to avalanche hazards). After a bad and cold night the sun woke us at 6am. The Austrians soon left with their skis and I slowly started my ascent after I filmed their departure. I only had a harness, one jumar, one sling and one carabineer with me and soon I found myself in the middle of a big Himalayan icefall.

Still only by myself (and not fixed to the rope most of the time) I just enjoyed climbing. Himalayan mountaineering fascinated me since I was 16. Now, 16 years later, I find myself in the middle of doing just that. The best thing is: I can even call it my job. 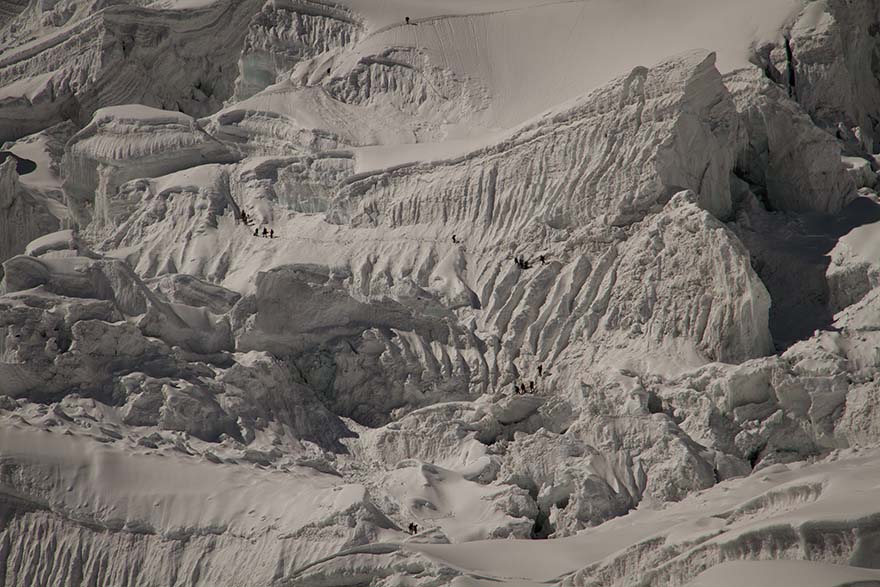 A shaking ladder was the most challenging moment and made my heart pound with more than 200bpm. Plus the seracs in this section did not seem to be too stable, so I decided to hurry and gladly I was quite quick (now I definitely benefit from the four weeks of trekking we had before). At 6080m I decided to return towards Camp I, knowing that I can manage crossing the icefall! That was a great feeling!

I spent the afternoon at sunny Camp I melting snow, cooking dry food (thanks to outdoorfoodshop) and waiting for the others who arrived from Camp II at 3pm. Soon after we went to bed and the second night up here I slept well.

Today everybody returned to base camp to have a rest. We will inform you about our next steps soon. 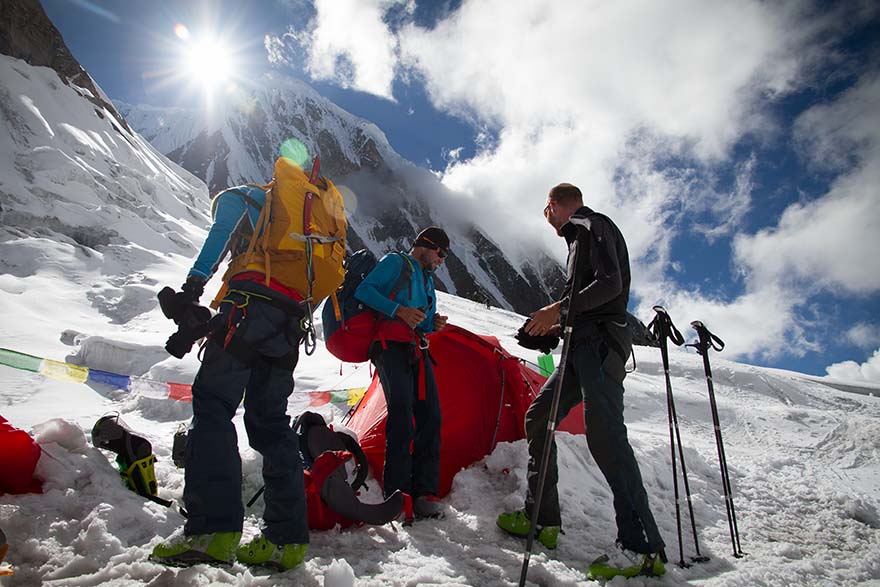