Alone on the Annapurna Trek? In October? What is going on?

In the last blog post we already told you about the significant decrease of tourists in the lower part of the trek.
Lodge owners told us this was a direct result of the road and power plant developments. We have many reasons to believe this.
Yesterday and today we entered some parts that are not linked to the road yet. And still we were alone – in the main season.

Before setting off we expected to see loads of tourists, but the only tourists we are seeing are going down, passing us quickly.
What could be the reason? When we arrived we had two days of heavy rainfall in Kathmandu. In the mountains of course the precipitation fell as snow. Especially the Annapurna and the Manaslu Area were hit by up to two metres of fresh snow. It snowed down to 3800m and the high passes got completely buried in deep snow. As we found out from other guides and trekkers coming down at least thirty people died and over one hundred had to be rescued by helicopters. Rumours are saying the passes are closed for at least one more week. So basically all fixed booked trips had to be cancelled and many groups and individuals who were already on the trek had to return the same way they came up. 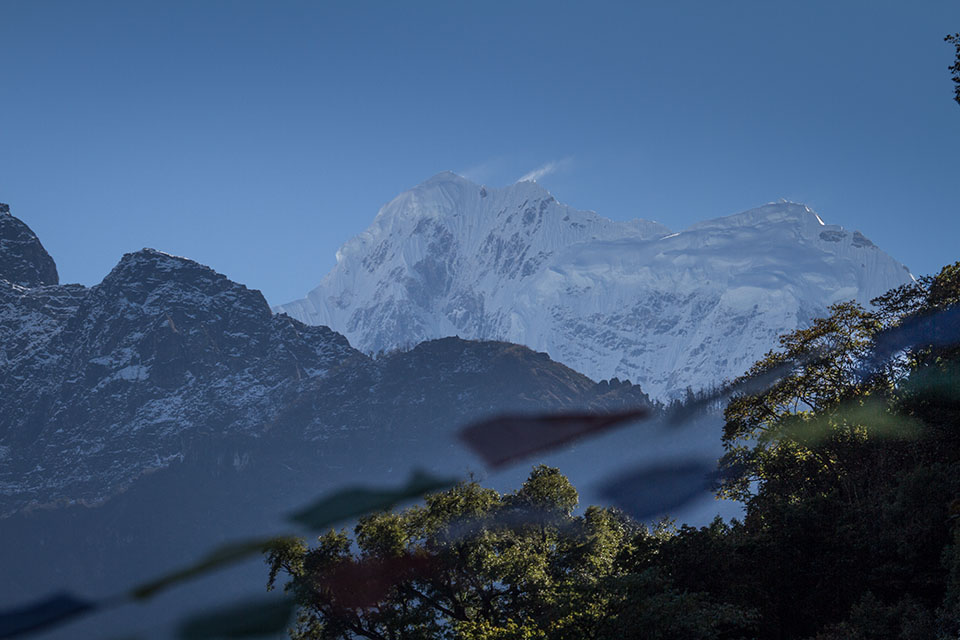 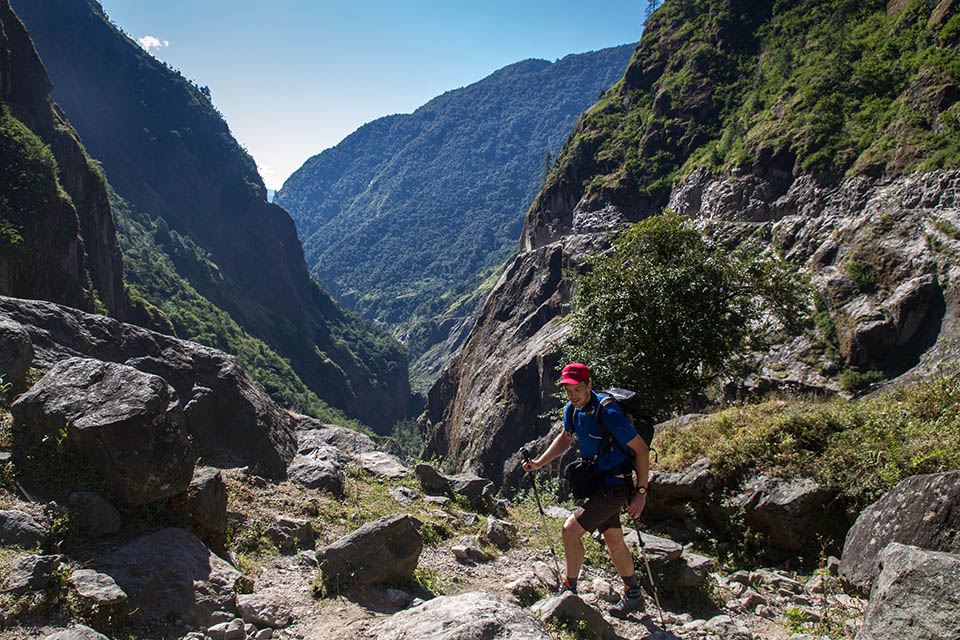 Not us, though. Our experiences from the last years in this region make us optimistic that a stable high pressure area (that we hope to have now) will quickly melt most of the snow. We also have the time to wait a few more days if needed. That keeps us going, even if it means that we will be one of the first groups to open the route again (normally an “autobahn”). Today even whole expedition groups passed us. They had to break down their tents and move out.

Now we arrived in Koto at 2500m, a place where we finished the first part of the Trail Of Change expedition last year. The semi-tropic lower parts are definitely behind us now. In front of our lodge (where we are the only guests again) towers mighty Annapurna II (7937m), the sky is deep blue and in the east we see big parts of the freshly powdered Manaslu range.

Fingers crossed for sunshine as we need it to make it over the pass in a couple of days. At least the next two days shouldn’t be a problem. Then we’ll reach the temporary snow line and our first film will be ready, so stay tuned. 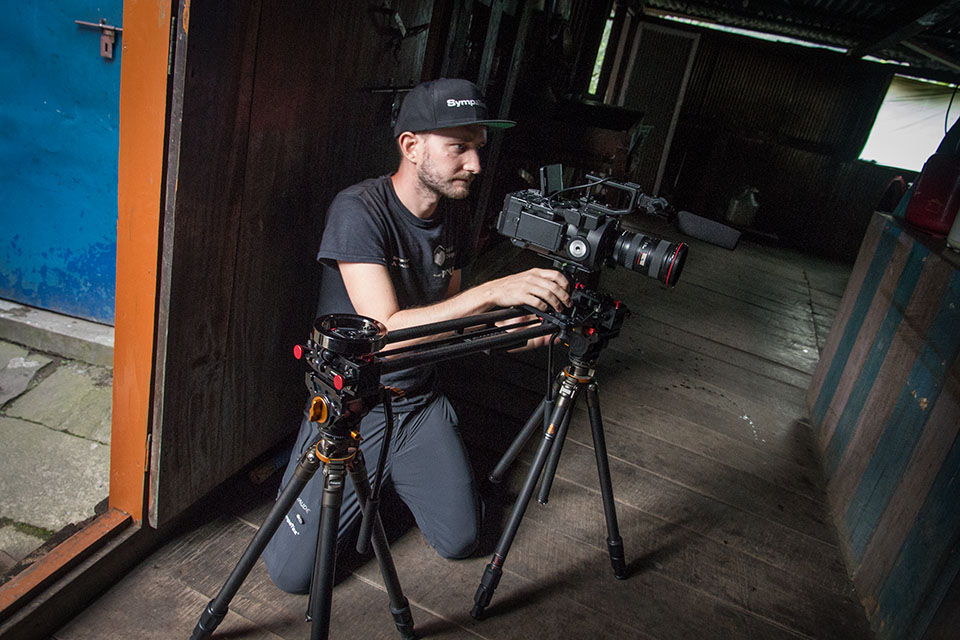 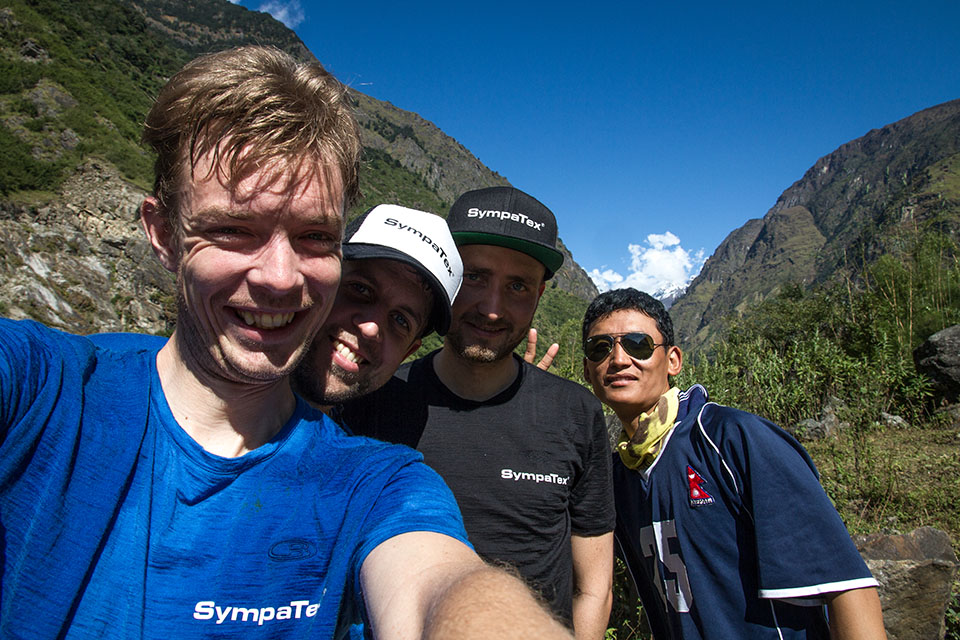 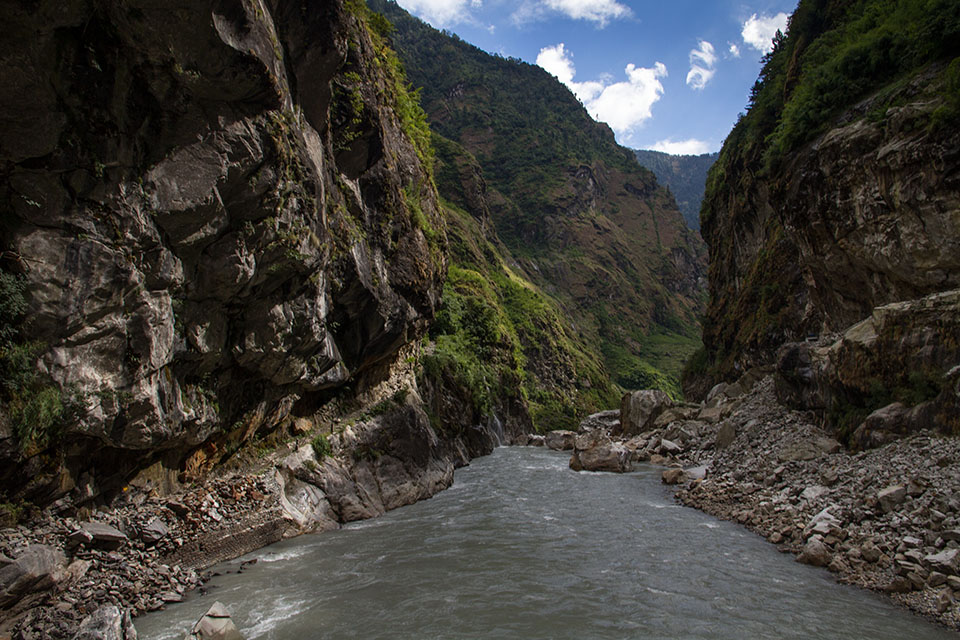 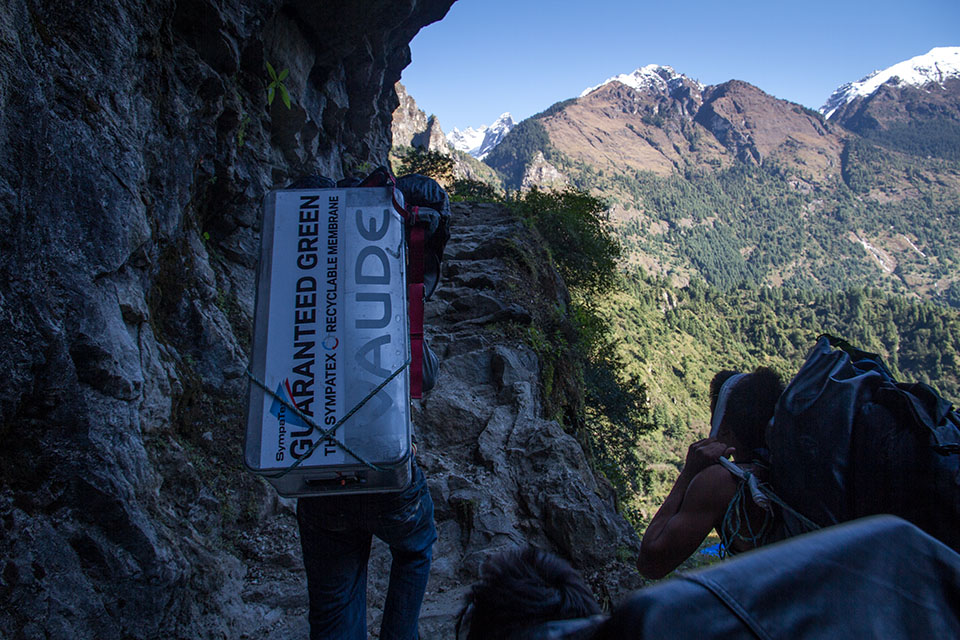