We left Nar (4220m) on wednesday morning with the goal to go further up the main valley to the second village in our area of investigation – the remote village of Phu. 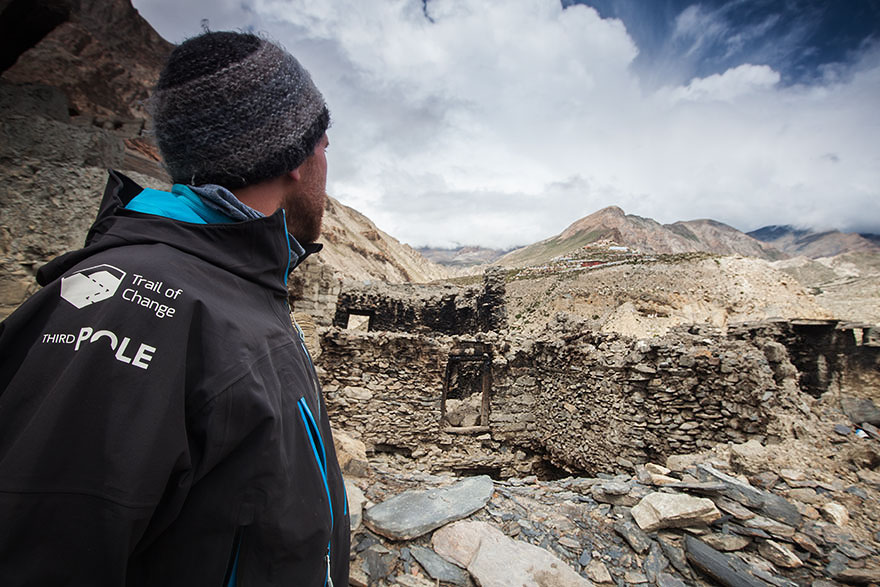 The traces of change could be followed when decended from Nar. Not only had the way been extended, three new suspension bridges have been built on the track to Phu. The most colorful witness of change and, of course, the increasing income the region gets through tourism, was the recently opened monastery close to the old bridge. Our three Sherpas Dava, Lakba and Pemba, were pretty happy to prey. For them the visit was of bigger importance. We were more fascinated by the old bridge crossing the Nar Phu gorge. The inhabitants of Nar restored it completey three years ago and it felt even more safe than the brand new suspension bridge. The renovation of the old bridge despite the new one can be seen as a sign of the locals’ awareness for the interest of tourists passing by. 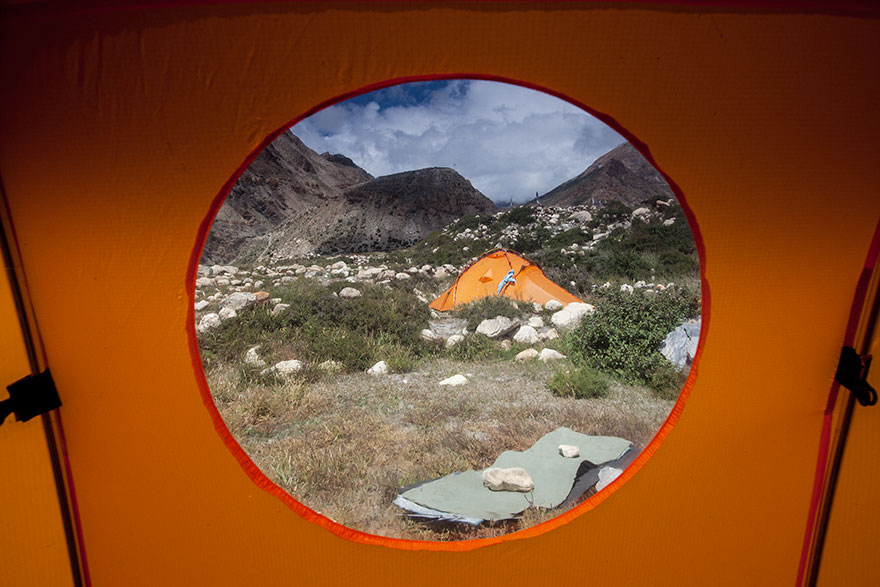 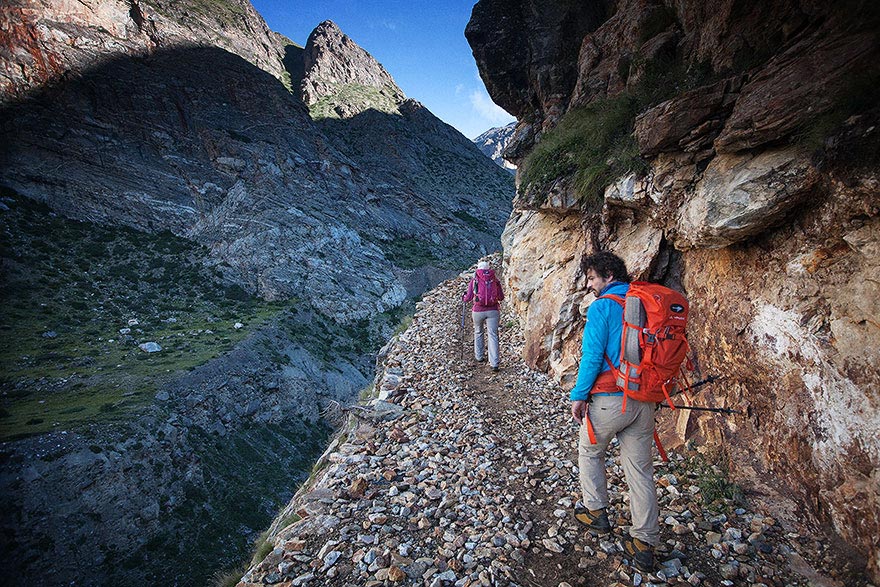 In the main valley we passed through the old ruins of the Khampa villages Junam and Chyako and stayed at Kyan (3800m), where the sun even allowed us to wash our hair for the first time in a week before it started to rain. When we got up for morning tea on the next day the sky had cleared and we had the first completely bright blue sun shiny morning with a perfect view on Lamjung, Annapurna II, and the surrounding 6000ers. Within three sunny hours we reached Phu and set up our camp close to the village which was completely abandonded due to a religious festival. Since Hannes last visited in 2009, three new Lodges have been opened in Phu. In general, the village seems to open towards tourism. 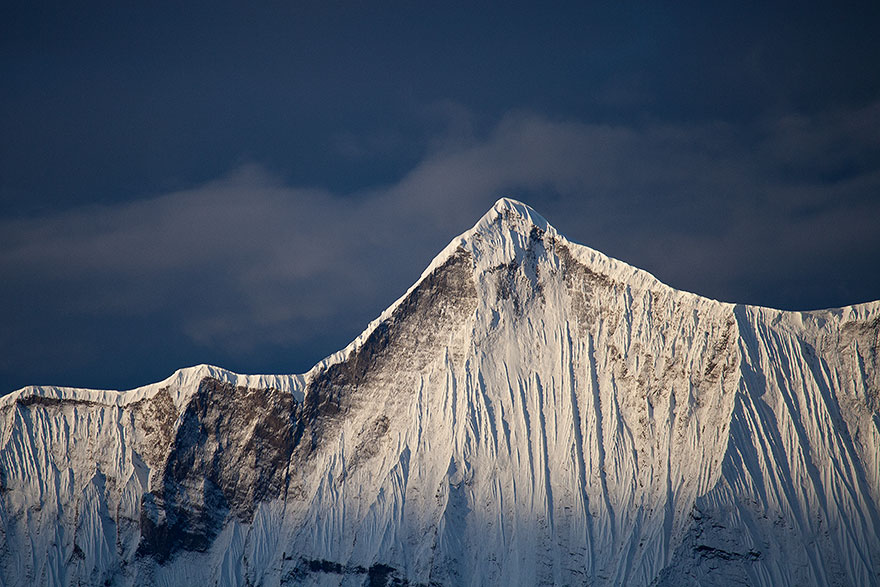 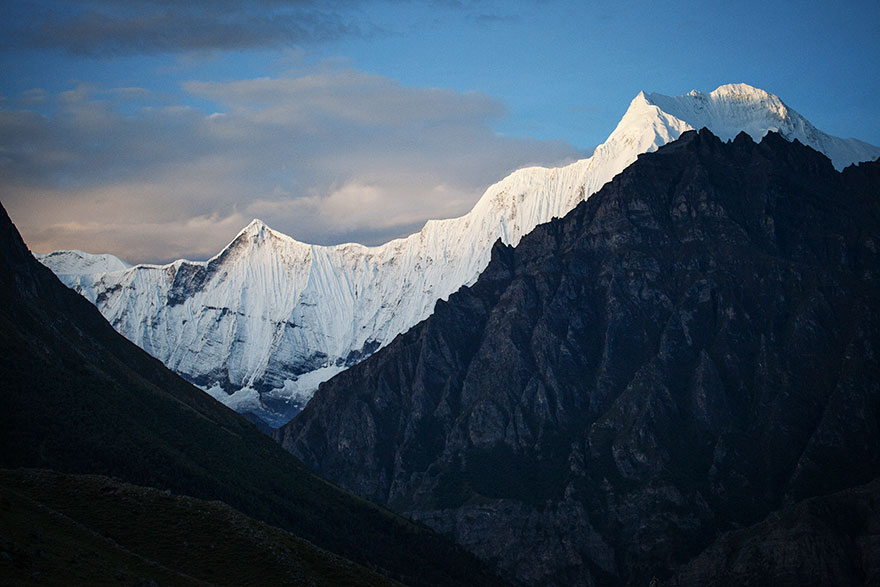 Tomorrow we’re going up to 4500m again and start with the exploration for our summit targets in the following week. 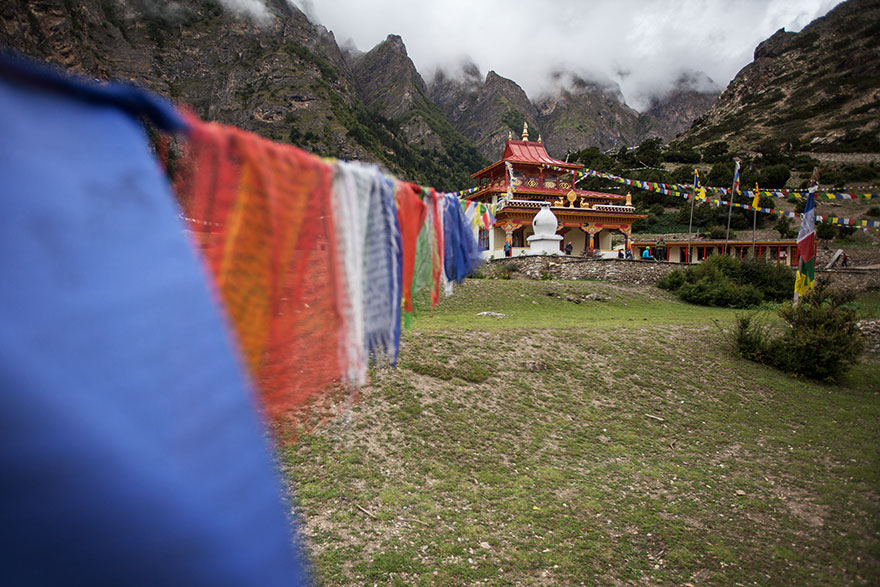 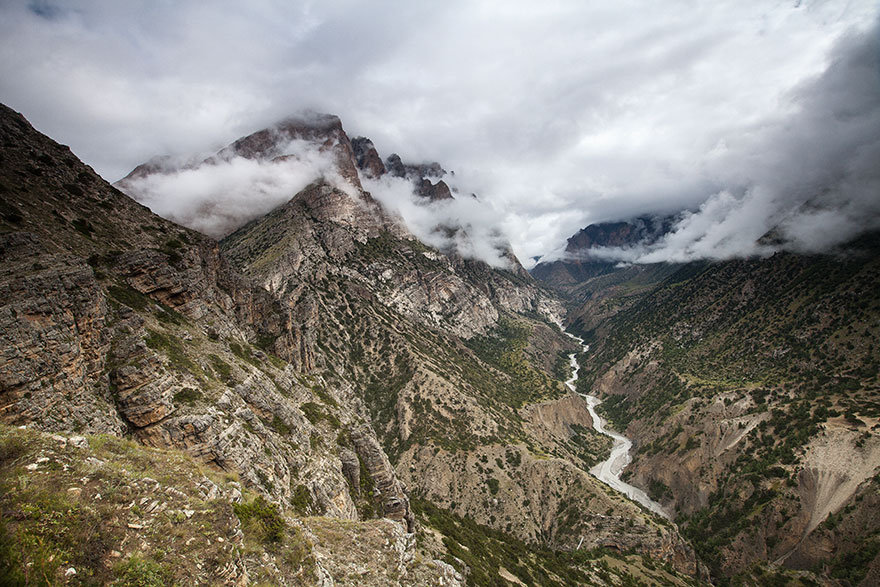