The first ones on top and the last ones who left. Yesterday we succesfully crossed the Thorung La. A Story about cold fingers and speed records…
When we arrived on Sunday in Thorung Phedi High Camp (4850m) we had two very short treks but a lot of altitude gain behind us.
On saturday we started in Manang (3555m) and walked to Yak Kharka at 4100m within three hours. There we spent the night and then, in only 4h, walked via Thorong Phedi (at around 4500m) up to Thorong Phedi Highcamp (4850m). All of us noticed the altitude. We had light headaches and more or less sleepless nights. 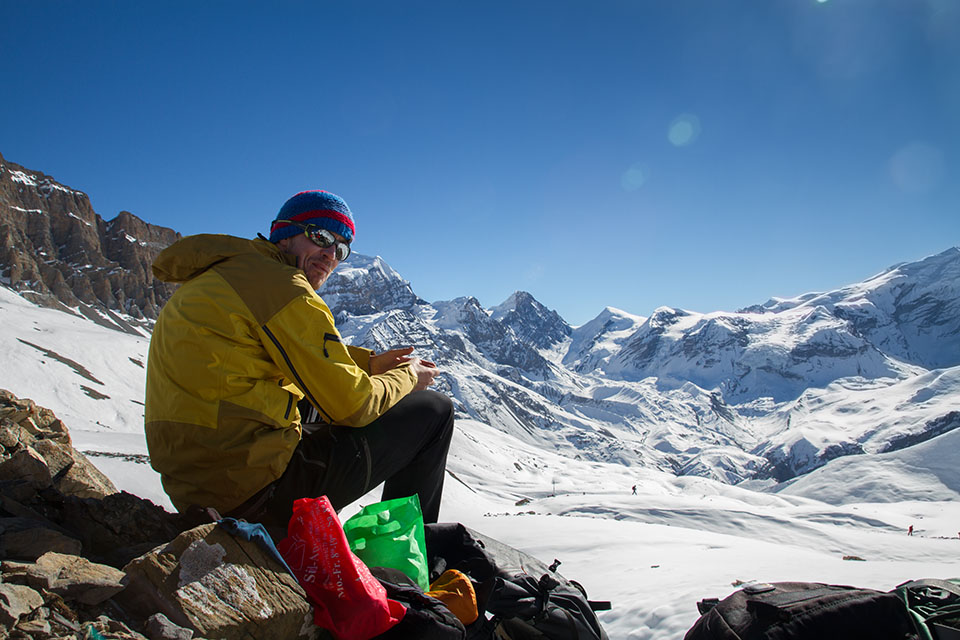 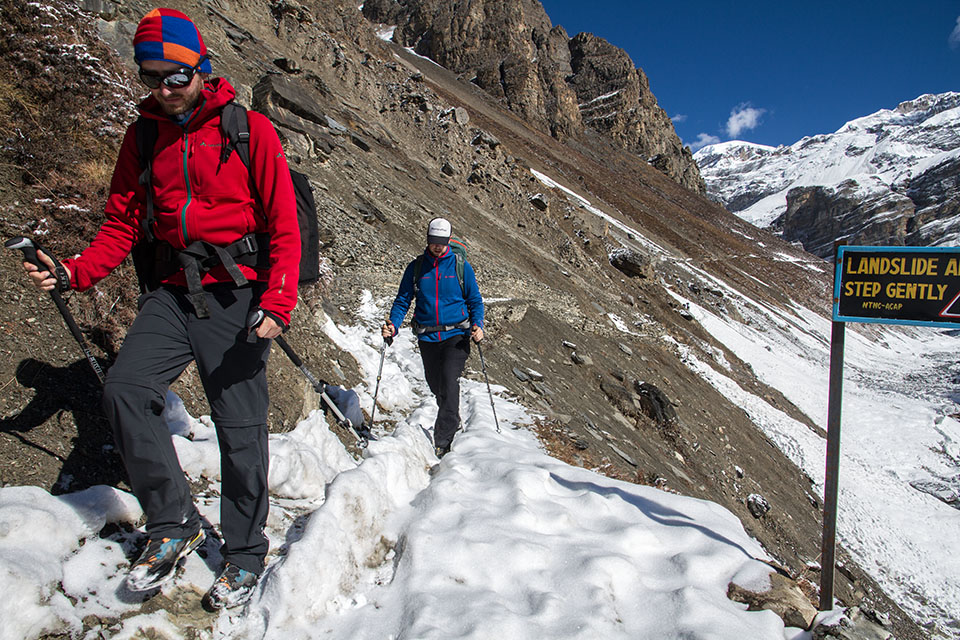 We started early because the experience of the last days showed us that we were faster than the other trekkers and we didn’t want to get stuck on the way to the pass. Somehow we managed to be the first to start at about 4:20 am, but unfortunately it was extremely cold and windy (-10° plus freezing wind). Hannes who sometimes suffers from the cold couldn’t move two of his fingers. The pain eventually became unbearable and he decided to return to High Camp and wait for the sun. Fritz accompanied him. Nils kept heading towards the pass with the porters. They kept an incredible pace the whole way up and arrived shortly before sunrise at 6am, after just 1:40h of climbing.

After a few cups of hot tea Hannes and Fritz got their body temperature back to normal and left high camp again at 7am. With the sun in the back this time, the ascent was a pleasure. The way back down to Muktinath (3800m) proved somewhat tricky however, as the snow was extremely slippery which made for a rather long and exhausting trek.
At the end of the day the group was happily reunited and able to finish the day over a round of beer and pizza. 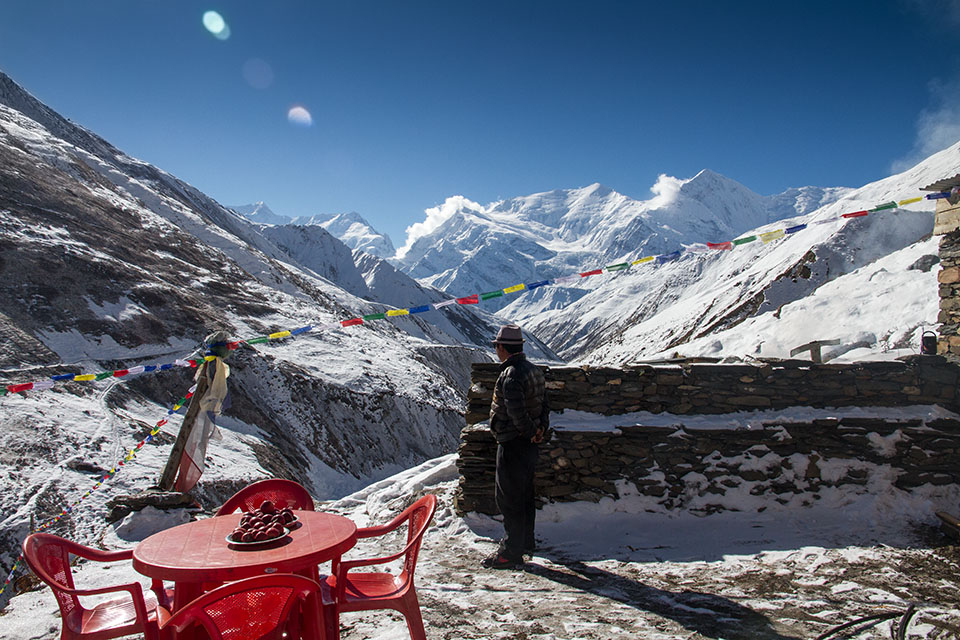 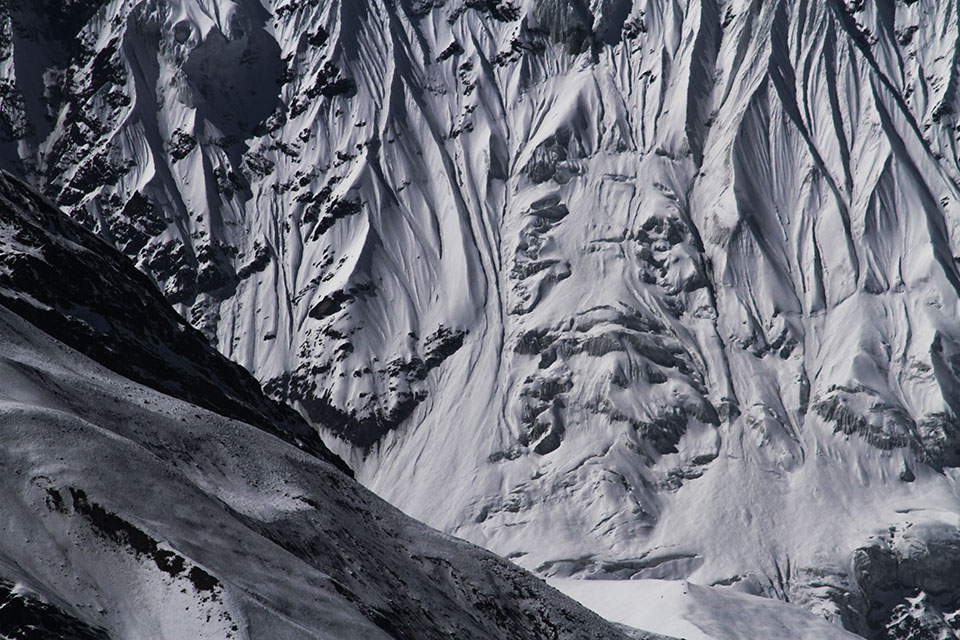 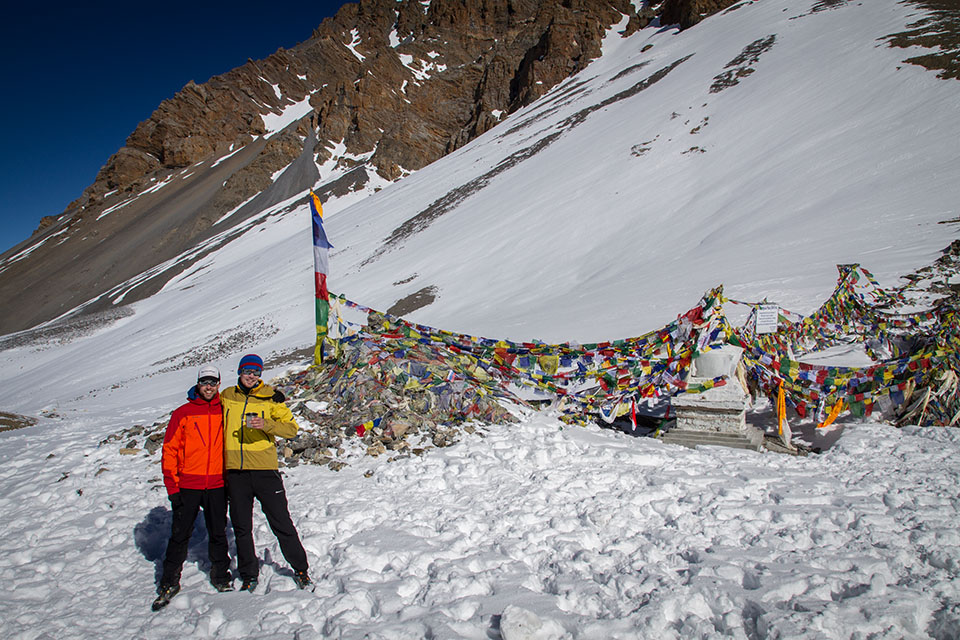